British companies Citygrove and Burlington will develop the Marbella Plaza shopping complex, with an initial planned investment of 100 million euros. With an urban development project on a plot of more than 30.000 sqm, this new commercial project will have first class commercial operators, with international firms having a special relevance, which for the first time will land on the Marbella coast.

The developers of the project have chosen the New York architectural firm KPF, which holds several international awards, for the entire conceptual design. State-of-the-art materials and respect for the environment will be the architectural pillars of this new project, designed not only for Marbella, but for the entire Costa del Sol.

In adittion, the specialist retail consultancy firm Savills Aguirre Newman has been contracted to carry out the marketing of the project and its future management.

The project, which has had the support of the Marbella Town Hall from the outset, brings improvements to the well-being of the population. In this way, it has regenerated a degraded environment in a consolidated residential area. Thus, the complex will bring about a significant improvement in mobility conditions through the construction of a new four-lane road and will increase the areas set aside for parks and gardens, public community facilities and public parking.

The firm Área International Consultancy has advised the developers on the urban development of the project. It is estimated that this complex will generate more than 500 direct and indirect jobs. The development works are scheduled to start next year, and it is expected that by the end of 2023 Marbella Plaza will be open. 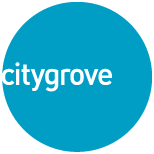