These spaces work as distribution centres for online deals in the city centres, the so-called “last mile” segment, one of the areas within the industrial and logistic market to become increasingly more necessary, with the increase of e-commerce, and which captures increasingly more the investors’ attention, as is the case here.

As reported by newspaper La Vanguardia, Portugal will be one of the countries included in this 100 million euro investment, along with Italy, Spain and Romania. This investment will be used to purchase and refurbish warehouses according to Glovo’s needs, which will later lease spaces in the short and mid-term.

Glovo is now seeking to reinforce deliveries in other segments other than food, which currently represents 75% of its business, competing directly with Amazon and Alibaba, as part of its Quick Commerce strategy announced last year by the company. One of the main focuses will be the supermarket segment, in particular generic products which may be available 24 hours per day for delivery, or other small businesses.

The number of Glovo dark stores across Europe where the brand is present should increase from 18 to 100 with Stoneweg’s help. Currently, the company has assets of this type in Lisbon, Barcelona, Madrid and Milan and it will soon have them in Porto, Seville, Valencia and Zaragoza.

Stoneweg sees this deal as «an opportunity to diversify its portfolio into a new segment within retail which has potential growth, accelerated by the situation we live in», quoted the Spanish newspaper.

Amazon will open a 70.000 sqm warehouse in Mollet del Vallès 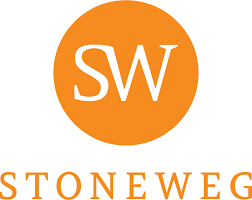