Faced with the effects of the Covid-19 pandemic, several tenants contacted the REIT to «seek alternatives to pay their rents during the lockdown». According to ORES in its report concerning the second quarter, «these deals contemplate rental payment deferments and commercial discounts».

It should be noted that after the states of emergency were declared in Portugal and Spain, around 52% of the REIT’s assets continued operating «normally». These assets were mostly super and hypermarkets which represent nearly 60% of its current portfolio estimated at 382.3 million euro. In fact, these assets represented around 70% of the estimated pre-Covid rents for all of the portfolio during 2020: 22.2 million euro. It should be noted that 3 commercial spaces, representing 1% of that amount, are being marketed to «several potential tenants».

According to the REIT’s point of view, «retail’s recovery speed will be different for each activity, with the food segment stabilising its activity and sales levels first». In fact, it is precisely this segment, which proved itself resilient during the crisis, that has spiked the market players’ interest. «Investors’ interest for supermarkets has grown in the last few weeks and it is expected that during the third quarter some operations within this niche will be closed», confirmed ORES. 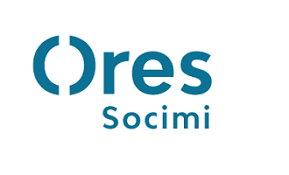