This operation, now approved by the CNMC (Spanish National Commission on Markets and Competition) includes the acquisition of a share of around 84.66% of the REIT. This percentage is added to the 14.95% already owned by the Spanish bank, so that it now controls 99.62% of Uro Property’s shares, revealed Mercado Alternativo Brusátil (now named BME Growth). The total 4.5 million shares now owned by the bank are estimated at 168 million euro according to the same release.

Santander made the takeover bid, of 40.05 euro per share, which was also extended to minority shareholders, who now hold 0.38% of all shares, at the end of July.

REIT Uro Property Holdings currently has a total 692 offices spread across Madrid, Catalonia and Andalusia with a total combined area of 326.975 sqm, which were, at the end of last year, estimated at around 1.847 million euro. Most of these offices are occupied by Banco Santander itself. 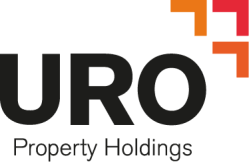