This operation was concluded on the 31st of December and is part of ASG’s strategy of reinforcing their investment on the Portuguese and Spanish hotel markets.

The 23-floor building is located at Avenida de Roma in Barcelona and offers a total of 259 bedrooms and suites. Amongst its leisure areas, it features a spa, a gym, areas for corporate meetings and events and a restaurant under the brand Nobu.

The Nobu Hotel Barcelona opened on the 12th of September 2019 where the Gran Hotel Torre Catalunya used to be and was since managed by the Selenta Group and international company Nobu Hospitality. This is Nobu’s third hotel in Spain and the fourth in Europe revealed HostelTur.

For Selenta Group, this transaction represented an important cash inflow at a time when the hotel segment has broken of 95% in terms of revenues due to the pandemic. This was one of 9 hotels the group owned in Spain spread across cities such as Barcelona, Valencia, Marbella and Tenerife.

For ASG Ibéria this hotel will allow it to carry out its plan to expand its hotel portfolio across Iberia. In order to do that, ASG Ibérica is seeking 3, 4 and 5-star units, estimated at more than 20 million euro with at least 100 bedrooms. Whether urban or leisure hotels, the most important thing for ASG Iberia is that they can be both remodelled and change its operator.

Expo Hotel Valencia is being negotiated for more than €30M

Real estate investment in Spain should drop 30% in 2020 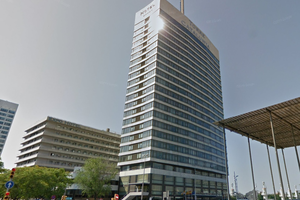