Located within an 85-hectare area and with an 8.7% construction ratio, representing a total 74.000 sqm, the new asset will feature a 340 dwelling tourist village and 197 room 5-star hotel.

The resort will have a Village Club with restaurant, bars, open market, terrace, infinity pool, living room, 4 paddle and 2 tennis courts, family support services such as babysitting and a kids club, wooden walkways to access the beach as well as several walking and cycling paths amongst cork and pine trees and lakes, besides the direct connection to the beach.

The project, by Miguel Saraiva, from Saraiva + Associados, will be developed in several stages, through 7 to 10 years. The first stage should be concluded in the Summer of 2022 and it includes a set of 102 touristic housing units, 57 of which should be ready to deliver at that time (26 one-to-three-bedroom apartments and 26 V2 to V4 townhouses and 7 V4+1 villas). The remaining 45 units will still be under their finishing stages.

Prices vary between 450.000 euro, for the apartments and 1.6 million euro when it comes to the Villas.

The resort was conceived taking into account environmental and sustainability best practices, in terms of construction, nature preservation and biodiversity, energy and water consumption and mobility, seeking to reach a zero-carbon footprint. This will be the country’s first tourist resort to be certified by Green Globe since its construction.

The original project was changed by the new owners, so as to do reduce the environmental impact. For example, one of the projected golf courses became a Parque Verde e de Lazer (Green Leisure Park) and natural sanctuary for more than 110 identified animal species on the site.

Paulo Monteiro, Verdelago Resort’s general manager, commented in a release that this is «a touristic project uniquely relevant to job creation in Eastern Algarve, particularly within the Castro Marim municipality. Taking that into consideration, we redesigned the initial project, converting the former concept into a project where the wild Algarve, nature and the region’s traditions, respecting their authenticity and promoting it with each choice».

He further highlighted that «Verdelago is the only 5* Nature Resort with low construction density built on the seafront, fully integrated with surrounding natural environment, of the whole Eastern Algarve. By moving forward with the project, we assumed a tremendous concern with the environment. As such we chose not to impose our presence».

Portugal has «all the conditions» to bet on Senior Living 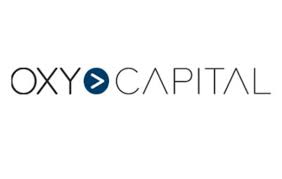