The company paid 6 million euro to Klebert Properties, which is equivalent to 10.000 euro per sqm of this 500 sqm office space in Madrid. The company also acquired parking spots within the underground parking garage.

This asset is currently occupied by Drago Capital which, according to Eje Prime, also managed to place a purchase offer for the same amount on the table, but by then both companies had already closed the deal. Besides Drago, this building also hosts healthcare group Sanitas.

For Álvaro Zarza’s Klebert Properties the conclusion of this operation represents the end of a cycle since after celebrating it, the company started an insolvency procedure.

For Mafer Real Estate this acquisition reinforced its bet on Spain, where it already owns two floors at number 520 Avenida Diagonal in Barcelona which host the company’s own offices and a logistic warehouse in Granollers. This company is owned by Peruvian businessman Juan Fernando Belmont who, according to Forbes, has the sixth largest fortune in his country, estimated at 1.100 million dollars. 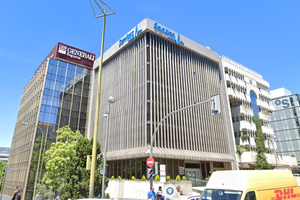