Interest in investing in data centers in Europe is growing, and Portugal is no exception, although this is still a small market. And this investment is expected to skyrocket in the coming years.

This is one of the main conclusions of the new CBRE report “Data Center Market in Portugal”, which highlights that the development of technologies such as the Internet of Things (IoT), artificial intelligence, automation and cloud computing, Along with the emergence of new internet applications and the intensification of social networks, it has been moving exponential volumes of data, a trend leveraged by the increase in teleworking due to the pandemic.

Demand from cloud computing companies (including hyperscale providers that occupy large areas and build their own data centers) has been responsible for much of the growth in traditional European markets and is now starting to show similar interest in the Portuguese market. , according to the consultant.

But the domestic market is still small, with a limited presence of international operators and still no hyperscale providers. CBRE has identified 27 data collocation and hosting centres, but 12 provide IT and hosting services, «which means that the operator not only owns the data center, but also the internal servers - in other words, it is a sale of a service as opposed to renting space, the so-called placement market'. Most of these facilities are located in Lisbon and Porto and are managed by Portuguese telecommunications or infrastructure companies.

Anthony Labadie, Director of Data Center Solutions at CBRE for the Iberian market, explains that the data center market in the EMEA region is expected to continue to enjoy sustained growth throughout 2021 and 2022 and that the development and implementation of new technologies , such as 5G, IA, VR, cloud, among others, will boost this growth and generate new opportunities for investors in Portugal: «the presence of new investors, combined with growing demand, will push service providers to ensure high capacities in data centers to meet the needs of their clients, both in the public and private sectors. Portugal, and Lisbon in particular, will see a major transformation in the current scenario of data centers». According to the official, "new ambitious projects are expected to come to the market in response to the growing interest of international service providers in establishing a presence in the Portuguese market."

According to the consultant, three major projects were recently announced, namely in the Port of Leixões, by the Administration of the Ports of Douro, Leixões and Viana do Castelo (APDL); in Castanheira do Ribatejo, by Merlin; and the Sines 4.0 project, by Start Campus (a partnership between Pioneer Point Partners and Davidson Kempner Capital), which foresees the development of five data centers, with a capacity of 90 MW each.

Nuno Nunes, Senior Director for Capital Markets at CBRE Portugal, explains that «Portugal has several factors that attract investors to the data center market, among which the stable and high rates of return compared to other classes of assets, as well as the possibility of having lower energy costs due to a greater offer of renewable energy, which translates into a concern with sustainability that is increasingly evidenced by institutional investment funds».

Data center operators that are not yet present in the country are also interested in joining. Established ones are looking to expand their facilities.

Additionally, the recent connection with two new submarine fiber optic cables that connect Portugal with other continents, such as EllaLink, with a connection to Brazil, and Google's Equiano, with a connection to South Africa, «puts the country in an important position strategic in the world of telecommunications and contributes to exponentiating the growth of the data center market», completes the consultant.

Merlin and Edge Next joined together to develop intelligent buildings 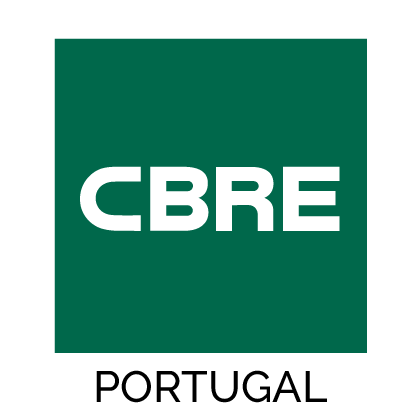