This luxury hotel located in the Spanish capital is the third acquisition from fund Archer Hotel Capital and it should open its doors in May 2021.

This operation was concluded in March, but it was only now announced by consultant CBRE in its latest Spanish investment report. This transaction alone represents almost half of the total hotel investment during this year’s first quarter: 467 million euro.

Portugal among the countries where tourism will drop the most

"This is a good moment for opportunistic investors"

Investment in Spain reaches €3.230M during the first quarter 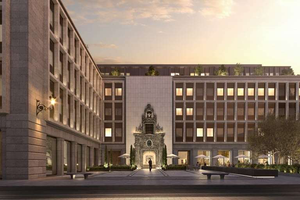