Hines, through its pan-European fund HECF, offered a 20 million euro bid for the two assets, the highest bid offered to Allegra up until then. Aberdeen and Invesco, two giants operating on the Spanish logistic market, also offered bids, but not as high as Hines.

One of these buildings has 9.798 sqm and the other 7.676 sqm, revealed Spanish newspaper El Confidencial this Monday on its online edition. Both buildings are currently leased to Ontime, a logistic operator which should remain on these buildings for another decade.

Allegra had also included in this portfolio a terrain in San Fernando de Henares – a municipality on the outskirts of Madrid – which is still waiting for a buyer. The Spanish company was advised by consultant Knight Frank on these operations, reported the same newspaper.

Hines is about to conclude the refurbishment of Preciados 13 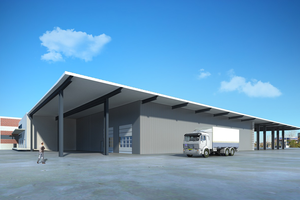