This contract, according to El Confidencial, is the key which will allow Cerberus to close Haya’s sale to Centricus. The amount of this transaction could be as high as 700 million euro and the operation should be closed until the end of the year, according to daily newspaper Eje Prime.

In this new deal there are several changes which were already revealed by market sources to newspaper El Confidencial. The limitation of the servicer’s functions both as a seller and as a tenant is one of those changes. The lowering of the portfolio’s control to 30% is another one and the assets’ maintenance and legal services should be supplied by Sareb instead of Haya.

With these changes, Sareb is looking to not only reduce the costs associated with managing the portfolio – through which it has already saved 100 million euro – but also to take on more responsibilities internally. These goals are part of Projeto Esparta (Project Sparta), revealed the newspaper.

This contract, which will remain in force until 2022, was disputed by other servicers: Servihabitat, controlled by Lone Star was one of the finalists and the competition also included Altamira and Solvia.

Haya reached a €504M transaction volume during the 1st quarter 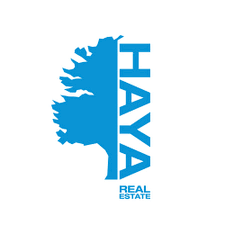