Lisbon was the city elected by the company to open what will be its first unit in the country – which should be inaugurated during the first quarter of 2020. And it will not be the only one, since «the expenses to debut in a new market are so high, it doesn’t make sense to open just one residence», explained Christopher Holloway, GSA Spain’s CEO, in an interview to idealista/news. That is the reason why the company intends to «grow fast (within the country) with a further five student residences spread across Lisbon and (other cities in) Portugal», admitted the CEO.

Besides Portugal, the group intends to enter other markets – the French and the Italian markets –, and in order to do it, it is already analysing opportunities in several cities such as Rome, Milan and Florence.

Despite these new bets, Christopher Holloway didn’t hide that «Spain is, without a doubt, the most attractive market right now». And it is in this country that the company already operates 6 units under the brand Nexo Residences: 4 in Madrid and 2 in Barcelona.

Last December GSA announced it would invest 1.000 million euro in Spain. Its goal is to open 40 units in this country until 2025, representing an offer of up to 15.000 new beds.

For now, it is in the United Kingdom that GSA has more student residences with 18 units (according to its webpage), representing 7.133 beds, spread across 13 cities such as London and Liverpool. In Germany, the company should reach 6 student residences and in Ireland 4. Apart from Europe, GSA also invested in a student residence in Dubai – its city of origin – with 424 beds. 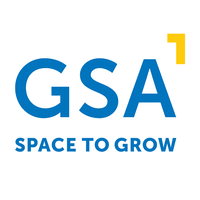