This information was advanced by the REIT in its most recent quarterly report released at GME Growth. The agreement had already been signed in mid-September for around 2.25 million euros.

The building is located at number 16 Calle Jaime Hermida within the barrio de Simancas (San Blas district – Canillejas) in the Spanish capital, with 1.594 sqm of built area. This asset was concluded in 1960 and recently refurbished, has a total of 16 apartments spread across 4 floors and 2 commercial spaces on the ground floor.

Today, Gavari has a portfolio of 155 homes and 3 retail spaces, which are 95% occupied. The gross value of the assets is 16 million euro.

This acquisition is the REIT’s first step to reach the goal it announced in July which includes doubling its current portfolio. Thus, by 2024 the REIT plans to have between 300 and 500 units, the company reported in a release. According to Gavari’s plans, in 2025 a «global and individual» asset divestment process will start.

Gavari reaches an agreement for acquisition in Madrid

REIT Gavari plans to double its portfolio until 2024 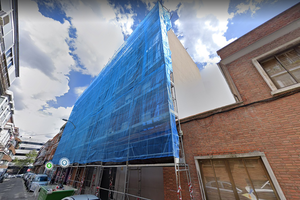