The former The Lince was bought from a Portuguese company for 10 million euro and it will now become the Vila Baleira Funchal, the group’s second unit in the Madeira Archipelago.

The refurbishment works have already started and will cost around 2 million euro. On the 20th of April, it opens a new unit with 10 floors and 86 rooms, with a new restaurant and renovated common areas, besides pool, gym and a lounge on the terrace.

During a lunch with journalists, Vila Baleira Hotels Group Administrator, Gonçalo Teixeira, explained that «our strategy is to offer tourists a distinctive product which will allow him/her to know the whole territory and enjoy its uniqueness, especially its culture and gastronomy». The Vila Baleira Funchal will follow the «the concept of proximity and familiarity».

This was Grupo Ferpinta’s first hotel, an investment with more than 20 years. The Vila Baleira Porto Santo will now undergo refurbishment works representing 3.5 million euro, with the goal of creating «synergies between Porto Santo and Madeira, through a differentiating package within the same group. The two regions cannot be rivals».

In total, and once the works are concluded, the group will have 425 accommodation units in the Madeira region. The main focus will be on the beach and family tourism, but also on the health and well-being tourism.

Expansion towards the outside of Madeira will have to wait

Grupo Ferpinta is considering expanding its tourist activity outside Madeira, but for now, it will focus on «consolidating its activity».

«We have the ambition of growing in the future, but not on the short term. We are currently at an early stage of analysing new investments», added Gonçalo Teixeira.

Newmark Hotels is preparing to buy more hotels in Portugal 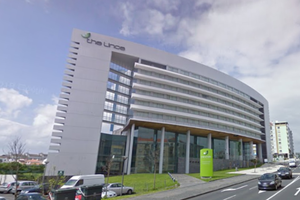