Hosting the more than 120 lawyers from the legal firm who reside in Portugal, the building that serves as the Lisbon headquarters for Cuatrecasas and it has nine office floors and a commercial ground floor.

According to the Spanish daily newspaper, the building is joint-owned by several of the firm’s partners, who will have (or not) to individually accept the offer presented by the Swiss group. Amongst the asset’s shareholders there is Emesa, the investment group owned by the company’s honorary president, Emilio Cuatrecasas, which has a share of around 7% of the asset.

The operation should be at an advanced negotiations’ stage, and is expected to be concluded within the next few weeks.

This deal comes at a time when Emesa is pursuing the real estate divestment strategy it started in 2018 and which was confirmed once again this month by the company’s executive vice-president Pedro Fontana. «Currently, the goal is to become more industrial and less real estate».

In order to follow that strategy, the Spanish group placed several assets on sale at the beginning of the year, including a logistic warehouse in Valls (Tarragona) which it sold to Blackstone in June for 18 million euro. The company also placed two terrains located in Barcelona on the market, one of which was sold to Comren Tramway, and seven offices in the Urquinaona building in Barcelona. 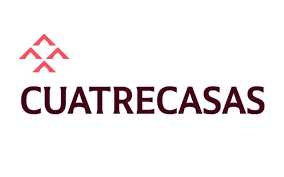