Intu reached an agreement with Generali and Union Investment to sell 50% of shopping centre intu Puerto Valencia, located in Zaragoza, for 475 million euro, last December. However, «the impact of COVID-19 in Europe is delaying certain regulatory approvals in relation to the disposal of intu Puerto Venecia and we now expect the £95 million (105,52 million euro) proceeds to be received in the middle of May at the earliest», revealed Intu in a release.

At the moment, the company’s shopping centres both in Spain and in the United Kingdom «are operating on a semi-closed basis», with only essential services, such as supermarkets, remaining open and Intu is looking for ways to gain liquidity.

According to the document, Intu revealed that it had received less than 50% of the rents from its properties in the United Kingdom and that it is having «discussions with our customers on the outstanding rents». But the company assumes that «the impact caused by the reduced rents is expected to require us to seek covenant waivers and we are in constructive discussions with the relevant lenders».

«In addition to the immediate actions we have taken to preserve liquidity, we have an ongoing dialogue with the UK Government and may look to access their £330 billion (366,81 million euro) support package. In their recent announcement for the protection of commercial tenants from the non-payment of rent, they also stated that they are actively monitoring the impact of this on commercial landlords’ cash flow. Other Government measures announced of business rates suspension, employee cost support and tax payment deferrals, are also expected to have a positive impact», revealed Into.

Concerning the returns expected for the end of the year, the British company recognizes that «given the ongoing uncertainty around COVID-19, we are no longer able to provide guidance in relation to the 2020 financial year».

Retail Deals in Spain are on standby 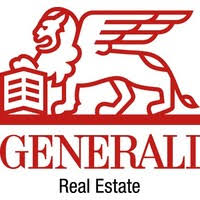