The Berlín – Numància building, so-called because it is located at the intersection between streets Berlín, 38-48 and Numància, 46. It has a total 13.280 sqm spread across 7 floors and features an energy management system awarded with the certification Breeam good. The 4.868 sqm Plaza Europe 40-42 was awarded the energy certification Leed Gold.

For Colonial this operation is part of its asset rotation strategy, having reduced to 21 the number of buildings located in the Catalan capital. Up until now, this portfolio included 23 buildings estimated at 1.516 million euro.

During the announcement of the results from the first semester, Juan José Brugera, Colonial’s president revealed that «the assets’ value remains stable at 12.164€m. Our bet on the CBD and a 60% exposure on our assets in Paris, allows us to benefit from a greater resilience and smaller volatility».

Pere Viñolas, managing director at Colonial stated that «Colonial strategy remains committed towards the creation of value within the prime office segment in the long-term, focused on quality and returns adjusted to risk, together with a strong credit rating and a strong liquidity position».

The income generated by rents is an indicator which shows the company’s portfolio resilience, even during the crisis. During the first six months of the year, it reached 177 million euro, 2% higher y-o-y. Rents from the office portfolio increased 7% y-o-y, which according to the REIT, was «boosted by the income increase generated by the Madrid (+31%) and the Barcelona (+11%) portfolios».

Colonial’s portfolio devalues 0,2% due to the crisis

Colonial estimates impact of Covid-19 on rents to be 2% 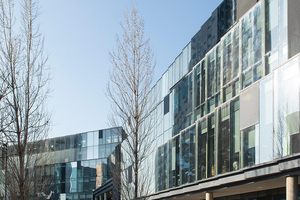