The portfolio includes a set of assets which have between 100 and 300 sqm and 9 metres in height and should be placed on the rental market.

Despite not being «a usual operation and even less so in a complex such as the Empresarium, which is not among the most in-demand for investors», the fact is that «due to the latest price adjustments, it has started to become a more attractive area and spiking the investors’ interest», explained Joaquín Chéliz, from the industrial department at CBRE in Zaragoza.

This information was advanced by the regional newspaper El Heraldo de Aragón and confirmed by the consultant itself on its Twitter account last week. According to the estimates from Iberian Property, this operation should have cost around 5 million euro.

«Operations, such as the one that was carried out by Empresarium in a record time provide us with a clear picture of the current investment activity, very focused on light industrial and logistics», remarked Miguel Ángel Gómez, director at CBRE Zaragoza.

«Thus, it is important to take advantage of the current situation, boost the market and consolidate Zaragoza as one of the main investment locations amongst cities alternative to Madrid and Barcelona», he added.

Investment in offices, retail and logistics drops 86% during the 2nd Quarter 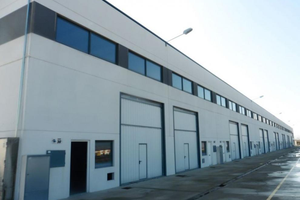