Buyers from the United Kingdom remained the main buyers of houses in Algarve’s resorts, as shown in the latest study «Portuguese Resort Market», carried out by Confidencial Imobiliário together with Associação Portuguesa de Resorts (Portuguese Resort Association), concerning the second semester of 2020.

According to the report, the average ticket from these British buyers on the Albufeira-Loulé area was 6.600 euro/sqm.

During the second half of 2020, there was the «return» of other European buyers, some of which had been absent during the previous semester, probably due to the pandemic. European investors dominated all the analysed areas in terms of investment, with shares of more than 90% in the Algarve and 66% in the Lisbon area, with the highlight going to Ireland, Holland and Germany.

During the analysed period, the average offer on resorts was set at 4.273 euro/sqm, compared to the 4.513 euro/sqm from the previous semester, which had registered the highest prices within the SIR-Resorts series, which started in 2016.

The market’s highest level, monitored within the 95 percentiles, was set at 8.014 euro/sqm during 2020’s second semester, below the 8.516 euro/sqm registered during the previous semester.

This report shows that the Albufeira-Loulé axis, represented almost 50% of all the offer registered, had an average value between 40% and 62% above the other monitored axes, maintained stability in terms of the average offer value during both semesters, reaching 5.325 euro/sqm. The clearest break struck the highest level, with a drop from 9.768 euro/sqm to 9.209 euro/sqm.

According to the Resorts’ House Price Index, during the second half of 2020, house prices located within tourism facilities registered a 5.8% increase when compared to the previous semester in Portugal.

During the first semester, the aggregated price variation had been set at 0.4%, following a -12.7% drop at the end of 2019, caused by the uncertainty concerning Brexit, which was not yet effective at the time.

As a result of the recovery in terms of aggregated results during the last two semesters, the resorts’ prices yoy variation registered increases once again at the end of 2020, set at 5.4%.

During the second half of the year, residential tourism market operators were more optimistic when compared to the previous quarter according to the Resort Market Survey. The answers’ net difference went from -7 points during the 1st semester to +11 points during the 2nd semester.

Operators predict a 0.4% price increase for this year. Prospects in terms of sales also improved, going from a net difference of 14 points to 32 points.

APR (Portuguese Association of Resorts) remarked that «confidence is not immune to the pandemic and expectations concerning both prices and sales are below those manifested last year, when the answers’ net differences surpassed 40 points. There is, however, consensus about the fact that the sales’ growth pace depends on travels returning, especially those from the United Kingdom».

Foreigners accelerate their investments in the Algarve

KNJ debuts in Portugal with luxury condominium in Porto 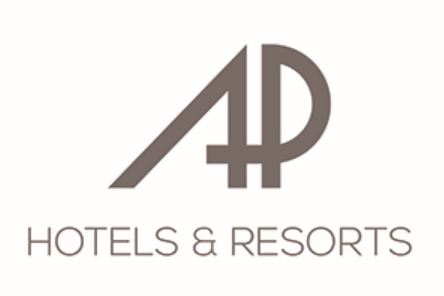