The 207 sqm store is located within a recently refurbished building at the corner of rua Mouzinho da Silveira with Largo de São Luís. It has been leased to group Plateform since 2019, and hosts the first Castro – Atelier de Pastéis de Nata, a concept of handmade confection performed in front of visitors.

Athena Advisers represented the buyer in its first acquisition in Portugal. JLL acted on behalf of the store’s owner, a Portuguese private entity.

For David Moura-George, director for Portugal at Athena Advisers, «this is a particularly interesting transaction, not only because we witnessed a private individual investing in commercial products, but also because he did it within the retail segment, which was one of the most affected by the pandemic. This shows that the confidence in real estate in terms of investment was not shaken, since even during the crisis it keeps offering attractive returns and less risk than other investment segments».

It shows «a growing trend from private parties to diversify investments and who are now looking into non-housing assets which might reach 10 million euro tickets», he exemplified.

Fernando Ferreira, Head of Capital Markets at JLL, commented that «well located high-street commercial assets leased to solid retailers will remain under the investors’ radar, even during the current situation where sales and the footfall are compressed due to the pandemic».

In terms of this deal, «it is a building of excellence within a prime location with an occupant which is a reference within F&B and an investment ticket which fits the profile of a private investor and which usually reach between 1 and 10 million euro».

According to Fernando Ferreira, «from our client’s end, the balance is very positive, since the client has been following a portfolio rotation strategy from the beginning, and is already active in the search of new investment possibilities. This is, indeed, a very common market approach by private investors, which provides plenty of liquidity to the assets they invest in», he concluded. 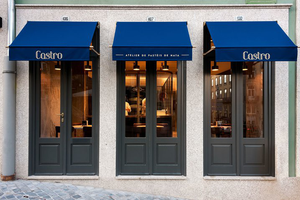