These units are part of a pan-European operation estimated at 500 million euro, which includes a total of 42 assets. The other 27 units are spread across France and Italy. In total, these assets have a total combined area of more than 400.000 sqm and are currently leased to Do It Yourself products (DIY) distribution companies such as Leroy Merlin and Bricoman.

This is a sale&lease back operation, meaning that Bartipart and Covea (which also took part in the acquisition operation) can count on maintaining the same tenants which are part of group Adeo. The deal also established that Adeo «will retain 20% of the newly created structure for this acquisition», it can be read in a release.

For Batipart, «this deal constitutes a milestone in the expansion of our property portfolio in Europe», remarked Nicolas Ruggieri, president at Batipart Immobilier Europe, and it is the result of more than one year of negotiations. It is within a «difficult context» marked by the pandemic that Adeo and Batipart concluded the operation. The current situation only proved this real estate segment’s resilience, remarked both companies.

«Our teams will from now on be able to work with Adeo and its brands to manage these assets in the best possible way in the long term, which is a shared and important perspective for both our groups», added Nicolas Ruggieri.

Raphael Andrieu and Benoît Herault, co-directors at Batipart in Spain stated that «this acquisition shows group Batipart’s ability to adapt in Spain where it has been since 2015 and where it owns other investment vehicles: REIT Elaia Investment España and the long-term vehicle from Lagune». With this operation, Batipart’s portfolio in Spain rose to 500 million euro. 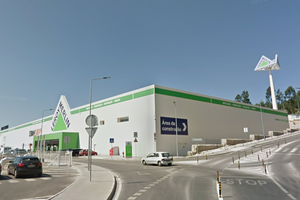