200 million euro will be invested on this project alone, located in Toledo, it will be developed on a 500.000 sqm terrain with the construction of logistic units whose areas will vary between 17.800 sqm and 107.000 sqm. The urbanisation works have already started, but the launch of the construction works is only expected for the beginning of next year.

This is a project which, as the name indicates, takes into account the implementation of environmental sustainability measures, which have awarded it Breeam’s «very good» certification. On this subject, the company explained to newspaper El Economista that «sustainability is part of the first stage of the development, which is something exceptional, given that the urbanisations from other logistic complexes do not have any sustainability certifications since this is the first one».

A further 100 million euro should be invested in two projects which are currently being conceived for Seville and Malaga. At the moment Aquila Capital is already negotiating the purchase of the terrains which have a total combined area of 250.000 sqm, while also looking to market the future units within project Illescas.

These three projects should integrate the German fund’s portfolio which last year was estimated at 10.700 million euro.

DIA is the first occupant of the Illescas Green Logistics Park

Aquila Capital is looking for logistic opportunities in Spain 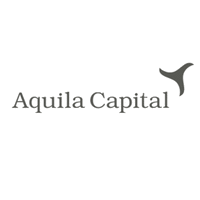