The purchase agreement was reached at the beginning of August and announced during British Hammerson’s half-year results, when it further announced that the transaction was, at the time, pending the approval of its shareholders. The note also mentioned that «the disposal to APG is conditional on the rights issue proceeding and is expected to complete in the fourth quarter of 2020».

This is not the first operation of this type carried out by pension fund APG this year. In February, the company had sold, along with Sonae Sierra, 50% of a 6-shopping centre portfolio, 4 of them located in Portugal and 2 in Spain to Elo and Allianz. The Dutch company also acquired Hotel Edition Madrid from KKH Property Investors for 220 million euro.

British Hammerson saw its financial indicators drop-down significantly during the first semester. Its net retail income had a 44% yoy drop, establishing itself, on the 30th of June, at 87.3 million pounds (97.68 million euro). On the effects of the pandemic over the results, David Atkins, Chief Executive at Hammerson, stated that «the extraordinary disruption caused by Covid-19 on the retail property sector, the economy and society as a whole is reflected in these half year results, however, in recent weeks we have seen an encouraging increase in footfall as confidence begins to return amongst visitors to our flagship destinations».

Hammerson concludes sale of 50% of VIA Outlets for €307M

Retail was number 1 in corporate sales in 2019 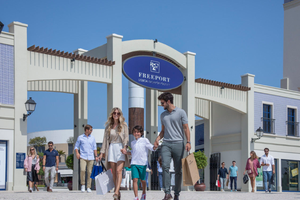