One is located at Calle Fomento and the other at Calle Ave María, revealed newspaper Expansión in its print edition this Monday, but was unable to detail the exact addresses or their areas.

It is known that both assets are currently leased and also that their purchase was made using the company’s «available resources», as can be read in the release made available by Mercado Alternativo Bursátil (MAB), where the company has been listed since 2018.

According to the same newspaper, the seller is a family group that charged consultant Knight Frank of representing it in the deal.

Recently, the company – controlled by investment funds KKR and Altamar – also subscribed a 4 million euro loan from Banco Sabadell, which, according to the company «should satisfy the general needs in terms of capital and any payment obligations connected to the company’s activity», revealed another document made available by MAB. 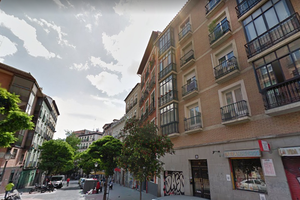